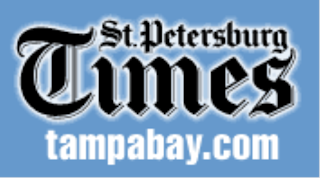 Florida Attorney General Bill McCollum is defending the state's life without possibility of parole sentences for 13- and 16-year-olds against constitutional attack. But this isn't the first time McCollum has made history in the politics of juvenile justice. As a member of Congress in the 1990s, he promised the United States a "coming storm" of superpredators as a result of a population surge of kids from fatherless homes.

His 1996 warning was a world-class mistake. Juvenile homicide arrests promptly dropped in the United States by half. Yet anyone who thinks that a catastrophic statistical error like a phony crime wave would slow down McCollum needs to think again. In his brief before the Supreme Court in Graham vs. Florida, a constitutional challenge to laws permitting life sentences without the possibility of parole for very young minors, the attorney general now asserts that Florida's 30 years of get-tough legislation are the reason juvenile crime rates have fallen since the mid 1990s.

But this month's claim for deterrence is as phony as last decade's crime scare.

After mentioning a wide variety of Florida legislation after 1980, McCollum's brief says "these deliberative and focused strategies worked: violent crime rates plummeted from their 1990s highs both nationwide and in Florida." The statistical case he presents for cause and effect is that "serious violent offenses committed by juveniles aged 12-17 declined 61 percent from 1993 to 2005 nationwide" while "the rate of juvenile crime in Florida fell 30 percent from 1994 to 2004."

On its face, McCollum's claim suggests that youth crime in Florida declined more slowly than it did elsewhere. This is an odd endorsement for the state's tough juvenile sentencing laws.

The next thing that is remarkable about the state's position is that it presents no evidence that sentencing policies produced fewer crimes in the Sunshine State or anywhere else. The post-1980 legislation in Florida that McCollum embraces was also in place when Florida homicide rates shot up in the late 1990s, but his brief makes no assumptions that the harsh laws were the cause of Florida's bad news in that decade. Why, then, assume that any decline that happens at any time after the new laws passed was evidence that the laws worked?

Indeed, the Florida brief provides evidence that the state's legislative frenzy may actually be slowing down efforts at crime control. By McCollum's own calculations, the 30 percent juvenile crime decline in Florida is only half the more than 60 percent drop in the rest of the country. If these statistics are genuine indications of the impact of legislation, the "deliberative and focused strategies" in Florida have caused the state's juvenile crime reduction to badly trail the national average during the same time period. Using McCollum's data the way he is trying to use them, the real question is what is Florida doing so badly that its crime trends are only half as good the rest of the country?

Of course, tracing aggregate crime trends over long periods with no controls for other influences on crime is a silly way to test the impact of a particular sentencing policy. Real evidence requires sensitive measurements of the specific provisions of a criminal punishment. In the case before the Supreme Court, the policy McCollum is defending is a law that allows young teens to be sentenced to life imprisonment without possibility of parole after criminal convictions. The true test of the effectiveness of this kind of law is whether states that provide this eternal imprisonment for juveniles experience lower proportions of violent crime among very young offenders than states that do not allow juveniles to suffer life without parole.

In a way, McCollum should be relieved that our careful analysis shows the life without parole policy has no effect. Taking the statistics presented in his brief seriously would suggest that Florida's celebrated crackdowns were reducing the crime decline benefits that other states are enjoying. The only bad effects we can demonstrate from Florida's brief in the Graham case are on legal argument and statistical logic.

Posted by The Injustice Must End (TIME) Committee at 12:10 PM