"Don't Give Up On the Kids" by R. Dwayne Betts

Don't Give Up On the Kids

Supreme Court should reject life without parole for juveniles, says one who knows the system

I can't walk away from the first time I looked into his 15-year-old eyes, the eyes of someone close to my age, and knew he was sentenced to die in prison. When I met Rashid, his voice still carried the cracks and high notes that signaled adolescence, and his smooth face had never felt a razor. The same signs that belied my youth belied his. We were at the Southampton Receiving Center in Virginia, waiting on a bus to take us to prison. 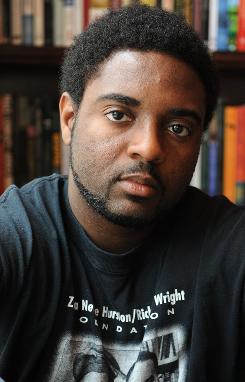 No fewer than a dozen of us were Rashid's age, all with peers at home waiting on driver's licenses, graduations and proms - while we waited for the morning that would lead us to a prison cell. Rashid's time was legend: three life sentences with no chance for parole. It meant he awoke each morning knowing he would one day flatline within arm's reach of a cell.

I looked at him, and the judge's voice echoed in my head: "Are you aware your charges carry a life sentence?" Rashid wasn't old enough to drive, vote or serve on a jury of his peers - but he was old enough to walk out of a courtroom with a sentence that ends in a casket. After I met Rashid, my nine-year sentence for carjacking seemed like a gift.

Five years after my own release from prison - and months after delivering a commencement speech at the University of Maryland's graduation, speaking moments before CIA Director Leon Panetta - I found myself on an American Bar Association panel with lawyers and psychologists. A woman in the audience asked me what I thought should be done to a child who commits the kinds of crimes that end with life without the possibility of parole; I misheard her question and kept thinking that she had asked what I would do or say if the victim had been my family member.

As I began to answer her question, I thought about Rashid, and about how I couldn't escape the nightmare of being in a closed cell. I thought about my relatives, and how in my family tree there were both victims of violence and perpetrators. I thought about the judge reminding me of the life sentence I faced. And then I asked myself: What would I want if the victim were my daughter, or my sister? In my head there were two horrors, and I realized that the horror of life in prison and everything it means doesn't make right the horror of crimes I can't begin to imagine.

I told the woman that the justice system was not created to respond the way a family member would. We ask our justice system to do more than just act on impulse. We ask it to stand for more than vengeance. A system that didn't believe in the rehabilitation of young people would have left Alan K. Simpson a statistic and not given him room to mature to the point where he could become a United States senator. Charles S. Dutton wouldn't be a renowned actor. Many nameless men and women who are productive members of our society would still be in prison cells. 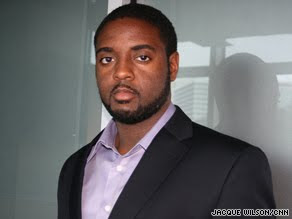 On Nov. 9, the U.S. Supreme Court will hear oral arguments in Sullivan v. Florida and Graham v. Florida, cases in which juveniles were sentenced to life without parole for non-homicide offenses. The court will decide whether such sentences are constitutional. I, along with a number of former juvenile offenders - including Mr. Simpson and Mr. Dutton - filed a friend-of-the-court brief urging the justices to give young offenders the opportunity to have their sentences reviewed later.

R. Dwayne Betts lives in Prince George's County and is the author of "A Question of Freedom." His e-mail is dbetts@campaign4youthjustice.org.

New CNN video about Dwayne Betts.  In "What Matters", Fredricka Whitfield reports on a former prison inmate, Dwayne Betts, and the positive changes he is making in his community.

Posted by The Injustice Must End (TIME) Committee at 2:44 PM