Should Minors Ever Face Life Without Parole? 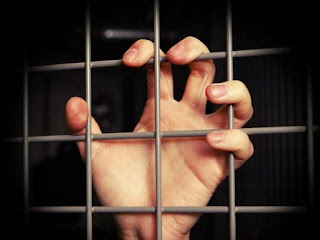 Four years ago the high court decided no minor should face the death penalty. Now it's poised to determine if youths should face life without a chance of parole.

The Supreme Court's 2005 decision in Roper v. Simmons struck down the death penalty for juveniles, citing the Eighth Amendment's prohibition against cruel and unusual punishment. But that left another possible Eighth Amendment issue on the table: whether sentences of life without parole for juveniles are constitutional.
That question is now being considered on both the judicial and legislative levels. In the term beginning this October, the Supremes will hear two cases — one involving a 13-year-old sex offender, the other a 17-year-old probation violator present when a felony murder occurred — both aiming to challenge life-without-parole sentences for juveniles (known by the unwieldy acronym JLWOP). Concurrently, the House Subcommittee on Crime, Terrorism and Homeland Security has been gathering testimony on a bill that would mandate parole hearings for JLWOP prisoners. The bill covers federal cases and gives states a financial incentive to comply with its terms.

"There is so much attention on this issue right now," says Baylor Law School professor Mark Osler, who has testified in favor of the proposed House bill, H.R. 2289. "I think in part it's because you have groups doing a good job advocating on it, and the idea is becoming more and more prevalent — that instead of wholesale change, we are smoothing off the rougher edges of the justice system, and that includes a focus on children."
Opponents to a change suggest that a focus on the prisoners as children, and not offenders, is wrong-headed and ahistorical. In its brief before the Supreme Court in the 13-year-old sex offender case, the State of Florida Attorney General's Office wrote, "Outside the context of the death penalty, this Court has always examined whether a sentence is grossly disproportionate under the Eighth Amendment by examining the sentence in relation to the offender's instant offense and prior offenses, not the individual characteristics of offender, such as age or mental capacity."
But the historical precedence is under assault.
"Juvenile crime has been going down, so people are starting to use that as political cover to raise the issue of why we have these overly punitive juvenile justice policies in place," said Ashley Nellis of the Sentencing Project. "And it's just a good time to be re-examining policies fiscally because incarceration is expensive, and life sentences are the most expensive."
The United States is one of the few countries that hand out JLWOP sentences. A 2005 Amnesty International study found that life without parole for juveniles is theoretically available in a dozen countries, but besides the U.S., only three others actually had teens serving such sentences — Israel with seven, South Africa with four and Tanzania with one.
In contrast, Sentencing Project Executive Director Mark Maurer noted in his testimony before the House subcommittee that 2,500 U.S. teenagers are incarcerated with no hope of release, most of them people of color. A majority of these — as many as 60 percent — are first-time offenders, and more than one quarter were convicted of felony murder, meaning they were participating in a crime when a murder occurred, but didn't do the actual killing.
"That's typical in a juvenile case where they are hanging out with older kids," Nellis says. "They don't realize they will do something bad, someone dies, and they wind up with life without parole."
An example of this is the case of Rebecca Falcon, a Florida 15-year-old who in 1997 hailed a cab with a gun-toting 18-year-old friend. The driver was shot in the head and died. Although it was never established in court who pulled the tri gger — the teens accused each other — because Falcon was on the scene, she was sentenced to life without parole.

JLWOP sentences contravene several international treaties, including the Convention on the Rights of the Child (which has been ratified by every country except the U.S. and Somalia), the International Covenant on Civil and Political Rights (which the U.S. has signed) and a 2007 U.N. General Assembly resolution calling on all nations to abolish the juvenile death penalty and JLWOP (the vote was 176-1, the U.S. dissenting).
Despite the international momentum, the U.S. is just beginning to discuss the issue. One reason, says Nellis, is the ongoing fear the public has about so-called "bad seed" children in their midst.
"There was this tough-on-crime perspective that dominated in the '90s," she says, "and you can see this in laws that moved juveniles into the adult system. There was also this public outcry promoted by politicians that there was this super predator, that laws needed to be toughened to deal with this kind of juvenile."

Professor Osler adds that because many of these JLWOP sentences are "concentrated in a few states — California, Pennsylvania, Michigan — and they're not the states you'd expect [meaning places like Texas, with its high adult execution rate] ... my suspicion is that there was a political moment where that seemed like the answer to a problem, whether it was youth violence or gangs."

The trouble here is that these sentences send a message that the juvenile, no matter how young, is irredeemable, and that, Osler says, "is the argument you hear over and over, that there's no hope for change based on what we saw them do."
Yet this kind of thinking is contradicted by research, which has found that adolescent brains are undeveloped in areas associated with impulse control, emotional response, risk assessment and moral reasoning. Which means, says Bryan A. Stevenson of the Equal Justice Initiative, who testified on hearings about H.R. 2289, that "young teens experience widely fluctuating emotions and vulnerability to stress and peer pressure without the adult ability to resist impulses and risk-taking behavior or the adult capacity to control their emotions."
In fact, some social scientists believe full emotional and moral maturity doesn't occur until people are in their 20s, which means an incarcerated teenager, given the proper counseling and rehabilitation (a big if), could conceivably mature into a responsible adult.
This is what H.R. 2289 is trying to take into account. The bill would mandate that every JLWOP prisoner "receives, not less than once during the first 15 years of incarceration, and not less than every three years thereafter, a meaningful opportunity for parole or other form of supervised release." States in noncompliance of this mandate would be penalized by a 10 percent cut in the anticrime funding they would normally receive under the Omnibus Crime Control and Safe Streets Act of 1968.
While a number of high-profile organizations, such as Human Rights Watch and The Center for Law and Global Justice at the University of San Francisco School of Law have produced reports castigating the U.S. for its policies on JLWOP, and PBS's Frontline documentary series produced a 2007 piece, "When Kids Get Life," widely viewed as sympathetic to the cause, opponents of loosening sentences have stood their ground. Critics of the act, which include the National District Attorneys Association, claim it is yet another example of the federal government butting into state issues and lumps all JLWOP offenders into the same eligible-for-parole category no matter how heinous the offense.
"That [last argument] would make a lot more sense if you required a mandatory release date," Osler says. "This bill is just about parole, and a lot of people up for parole never get parole. If you have a kid in for 15 years, and he still has a lot of problems, that kid will not be released."

But as Santa Mateo County, Calif., District Attorney James P. Fox noted in his testimony, the mere fact that a juvenile was prosecuted as an adult suggests he or she already has a lot of problems.

"The unwritten but clear implication of this proposed legislation is that too many juvenile offenders are prosecuted and sentenced as adults in our country," he testified. "The reality is, in fact, quite the opposite. Very few juveniles are prosecuted and sentenced as adults in America, contrary to the unwritten implication of this proposed legislation and a public misperception driven in large part by sensationalistic media coverage of certain high-profile cases. Few jurisdictions in America prosecute more than 1 to 2 percent of juvenile criminal offenders as adults, and in some jurisdictions, this percentage is even lower. In those cases where adult-court prosecution does occur, the simple fact of the matter is that adult-court prosecution is clearly warranted in these instances."

No one knows if H.R. 2289 will become law (it has yet to be voted out of committee), but with the Democratic majority in Congress, it probably has a decent shot. In the meantime, the two cases coming before the Supreme Court will go a long way toward determining how this country deals with its juvenile criminals. Yet because of the significant differences between them, people like Nellis are predicting a split decision.

"My expectation is that they will answer two different questions," she says. "They may talk about juvenile life for very young ages in the Sullivan case [the 13-year-old sex offender], and they might deal with probation violations in the second case. We're hopeful that at the very least life without parole cannot be used in non-homicide cases."
Source: http://www.miller-mccune.com/legal_affairs/minors-life-without-parole-1319
Posted by The Injustice Must End (TIME) Committee at 12:05 AM