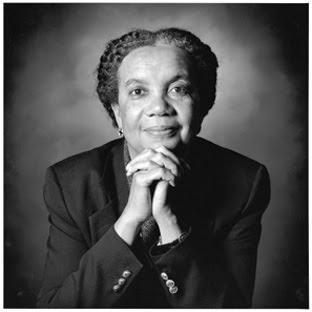 Incarceration is becoming the new American apartheid and poor children of color are the fodder. It is time to sound a loud alarm about this threat to American unity and community, act to stop the growing criminalization of children at younger and younger ages, and tackle the unjust treatment of minority youths and adults in the juvenile and adult criminal justice systems with urgency and persistence. The failure to act now will reverse the hard-earned racial and social progress for which Dr. Martin Luther King, Jr., and so many others died and sacrificed. We must all call for investment in all children from birth through their successful transition to adulthood, remembering Frederick Douglass's correct observation that "it is easier to build strong children than to repair broken men."

So many poor babies in rich America enter the world with multiple strikes against them: born without prenatal care, at low birthweight, and to a teen, poor, and poorly educated single mother and absent father. At crucial points in their development after birth until adulthood, more risks pile on, making a successful transition to productive adulthood significantly less likely and involvement in the criminal justice system significantly more likely. As Black children are more than three times as likely as White children to be poor, and are four times as likely to live in extreme poverty, a poor Black boy born in 2001 has a one in three chance of going to prison in his lifetime and is almost six times as likely as a White boy to be incarcerated for a drug offense.

The past continues to strangle the present and the future. Children with an incarcerated parent are more likely to become incarcerated. Black children are nearly nine times and Latino children are three times as likely as White children to have an incarcerated parent. Blacks constitute one-third and Latinos one-fifth of the prisoners in America, and 1 in 3 Black men, 20 to 29 years old, is under correctional supervision or control. Of the 2.3 million in jail or prison, 64 percent are minority. Of the 4.2 million persons on probation, 45 percent are minority; of the 800,000 on parole, 59 percent are minority. Inequitable drug sentencing policies including mandatory minimums have greatly escalated the incarceration of minority adults and youths.

Child poverty and neglect, racial disparities in systems that serve children, and the pipeline to prison are not acts of God. They are America's immoral political and economic choices that can and must be changed with strong political, corporate and community leadership.

No single sector or group can solve these child- and nation-threatening crises alone but all of us can together. Leaders must call us to the table and use their bully pulpits to replace our current paradigm of punishment as a first resort with a paradigm of prevention and early intervention. That will save lives, save families, save taxpayer money, and save our nation's aspiration to be a fair society. Health and mental health care and quality education cost far less than prisons.

If called to account today, America would not pass the test of the prophets, the Gospels, and all great faiths. Christians who profess to believe that God entered human history as a poor vulnerable baby, and that each man, woman and child is created in God's own image, need to act on that faith. The Jewish Midrash says God agreed to give the people of Israel the Torah only after they offered their children as guarantors, deeming neither their prophets nor elders sufficient. It is time to heed the prophets' call for justice for the orphans and the weak.

America's Declaration of Independence says, "We hold these truths to be self-evident, that all men are created equal, that they are endowed by their Creator with certain unalienable Rights...." After more than two centuries, it is time to make those truths evident in the lives of poor children of color and to close our intolerable national hypocrisy gap. America's sixth child is waiting for all of us to welcome him or her to the table in our rich land and show the world whether democratic capitalism is an oxymoron or whether it can work. Our national creed demands it. All great faiths demand it. Common sense and self-interest require it. And our moral redemption and credibility in the world we seek to lead compels it.

Ending child poverty is not only an urgent moral necessity, it is economically beneficial. Dr. Robert M. Solow, M.I.T. Nobel Laureate in Economics, wrote in Wasting America's Future that "ending child poverty is, at the very least, highly affordable" and would be a boost to the economy. A healthy Social Security and Medicare system for our increasing elderly population need as many productive workers as possible to support them. We can ill afford to let millions of our children grow up poor, in poor health, uneducated, and as dependent rather than productive citizens.

What then can leaders do to help build the spiritual and political will needed to help our nation pass the test of the God of history and better prepare for America's future? What steps can you take to heed Dr. King's warning not to let our wealth become our destruction but our salvation by helping the poor Lazaruses languishing at our closed gates? How can our nation use its blessings to bless all the children entrusted to our care and rekindle America's dimming dream?

As President Obama and Congress contemplate ways to stimulate our economy, let them begin by investing in a healthy, fair, head, and safe start for every American child and measures to ensure their successful transition to college and productive adulthood.

Posted by The Injustice Must End (TIME) Committee at 9:14 PM